This post may be really late to talk about trick-or-treating but I shall write about it nonetheless because it’s my son’s first.

Louiji had his first trick or treat at his Daddy’s office last October 30. The Hubs has been planning about it since August. He wanted to take our boy to his workplace for their annual Halloween event. We agreed that we would skip the floors where the theme were about zombies and all things scary. We are Christians and we believe that it is not right to patronize stuff that are attributed to the enemy. What we like about trick-or-treating is that it sparks our creativity to dress up our boy into characters that he like or to something that we think cute. Most of all, we’re after the treats that we can get to fill his orange bucket 🙂

Take a look at the photos below and see how fun it was. We also took our nephew with us so he could get to experience trick-or-treating before he gets too old for that. 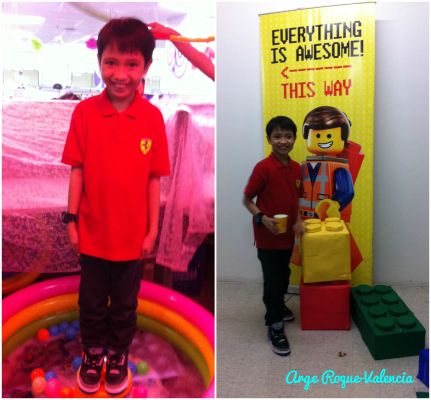 Left: Kuya was happy to have gotten inside a big bubble. Right: He got a cup of popcorn when he sang at one of the stations.

We got two sets of costume for our little one. Since he loves toting around his giant Snoopy stuffed toy, we thought that he could be Charlie Brown. I’ve searched high and low at the department store and was successful to have found the perfect yellow collared shirt. We just bought a black cloth duct tape to create the chevron pattern on his shirt. 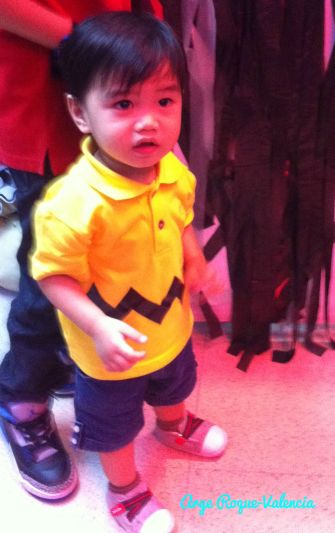 His second costume was that of Captain America. We used the Captain America bonnet that we bought last year and used for his 11th monthsary. Then his father found the perfect shield to go with his outfit. 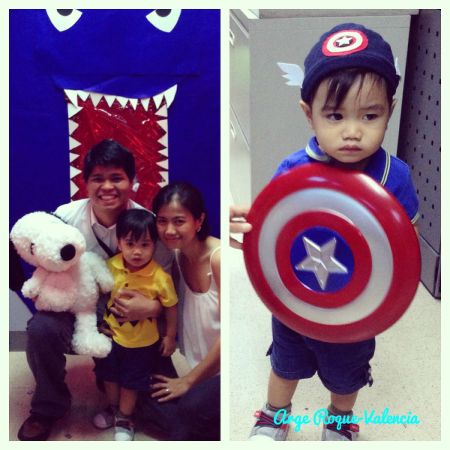 From left to right: My loves at the Up-themed floor; photo with the royalties; and, the dancing Lego ladies. 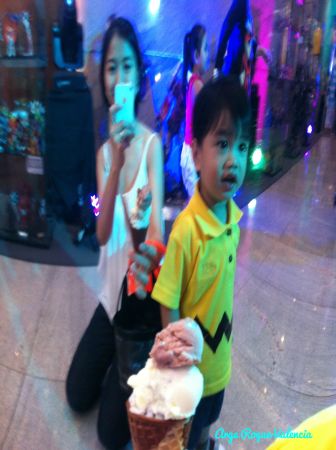 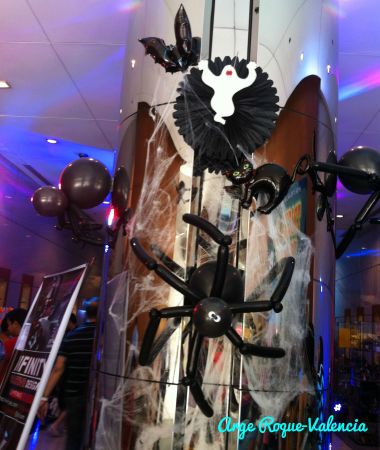 Having a fondness for balloons, my son was so fascinated at this twisted spider, the cat and the bat balloons.

The people at work (that of husband’s) must have put in a lot of money and effort just to host this event. At the lobby, visitors were welcomed with a toy exhibit featuring the personal toy collections of the employees. 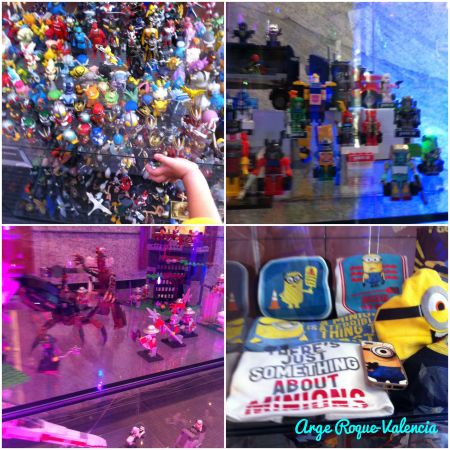 Life size statues of Captain America, Batman and other superheroes were also showcased. 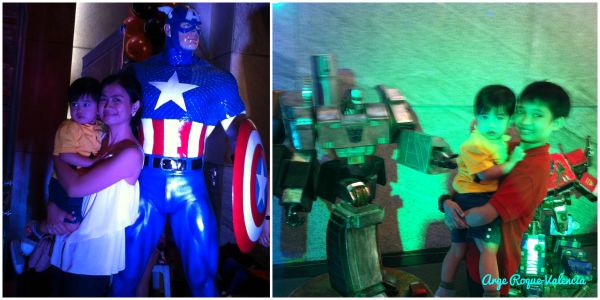 A group of Cosplayers were roaming around to entertain the little guests. There’s a candy buffet, an ice cream cart and a popcorn corner that offered treats for everyone. We also lined up for the photobooth to get a keepsake of this fun event.

I could tell that our little boy enjoyed his first trick or treat. He didn’t throw a tantrum the whole day that we were in the office. He was sociable enough to go around, say hi to his Daddy’s officemates and hang out with some of them. He also danced in one of the floors. He also enjoyed playing at some of the activity areas. Overall, it has been a positive experience for him and we would like to do it again next year. We just hope that we win the costume competition next time 🙂