I got an invitation from Nuffnang Philippines to attend the press screening of Cosmos: A Spacetime Odyssey at the Special Events Hall & Auditorium of The Mind Museum in BGC Taguig last Friday, March 7.   I was so happy because that was the first event that I was able to take my family with me. Instant Fridate 🙂 When we got to the hall at around 6PM, guests were being treated to cocktails catered by Bizu Patisserie. 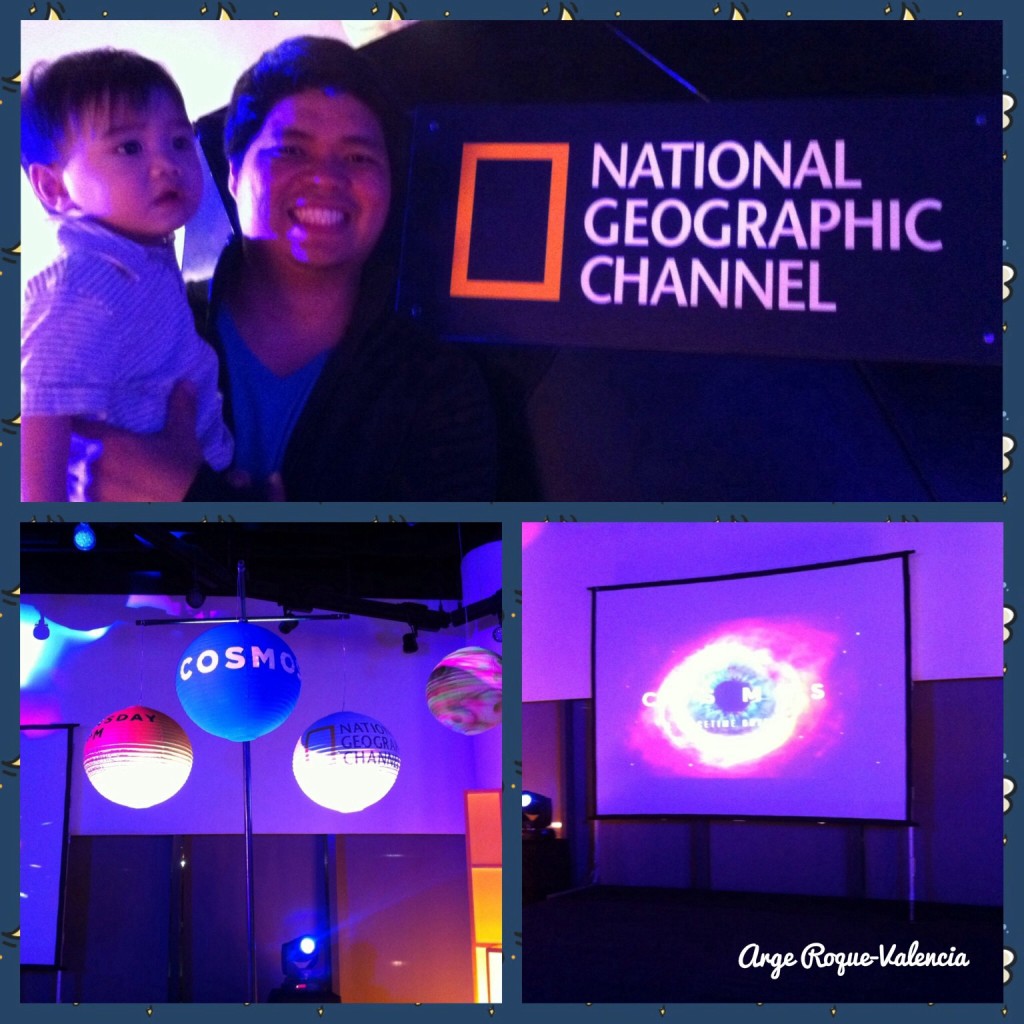 Shortly after, RX 93.1 radio jock Chico Garcia got on the stage to formally open the event. Maribel Garcia, curator at The Mind Museum, came in next to welcome the guests with an introduction about the museum. Jude Turcuato, Head of FOX International Channels Philippines, then gave an overview of Cosmos and introduced the National Geographic viewing pod, placed at the center of the hall, before inviting everyone to proceed to the second level of the museum for the viewing of the first episode. 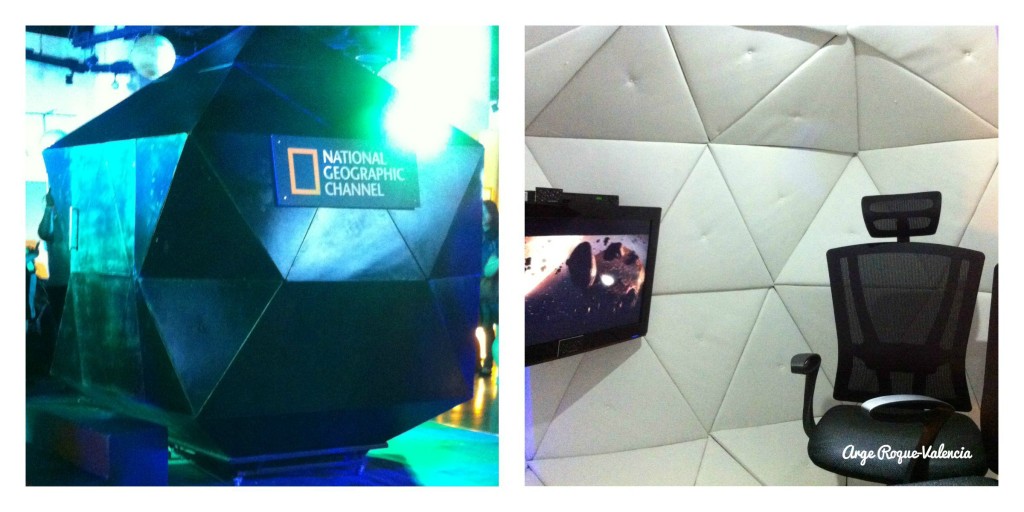 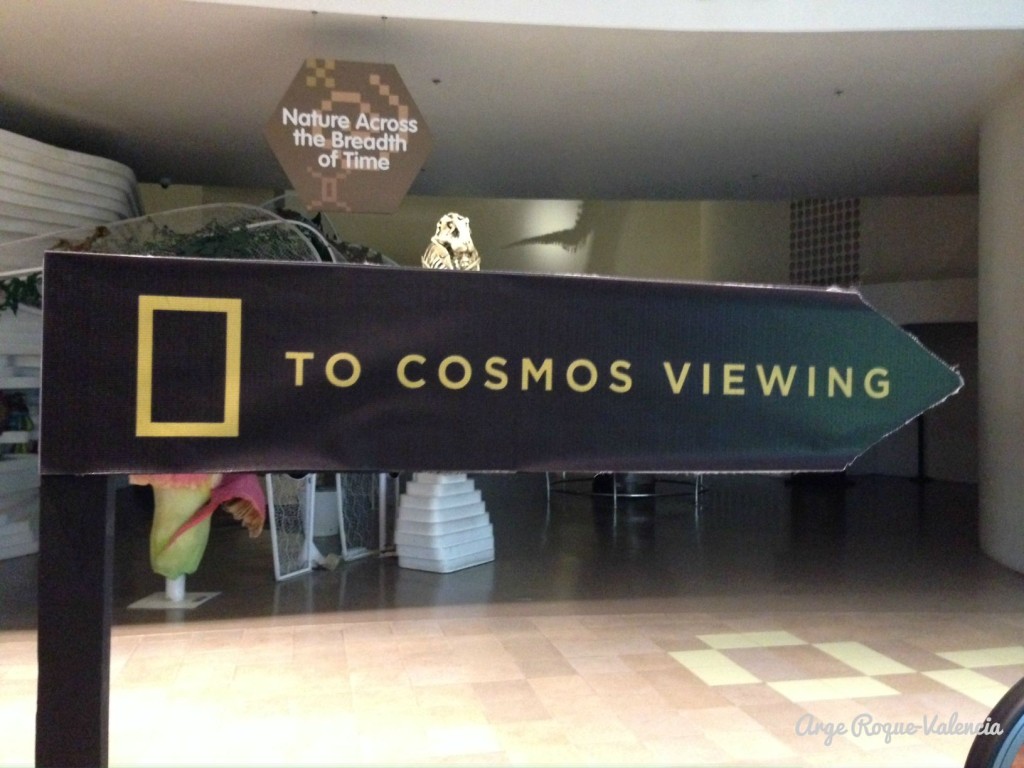 The first episode of Cosmos was really mind blowing. It gave us a glimpse of the vast universe that we are in. The topic about the Cosmic Calendar, which described how everything came into being was of great interest. To know more about it, catch Cosmos which will be aired simultaneously at the National Geographic and FOX channels on March 12 at 10PM. It will be hosted by Neil deGrasse Tyson, an astrophysicist, author, and science communicator, who took in after the late Carl Sagan.  Sagan, who starred in the original Cosmos aired in the 1980s, was a renowned astronomer, astrophysicist, cosmologist, author, and science communicator of his time. 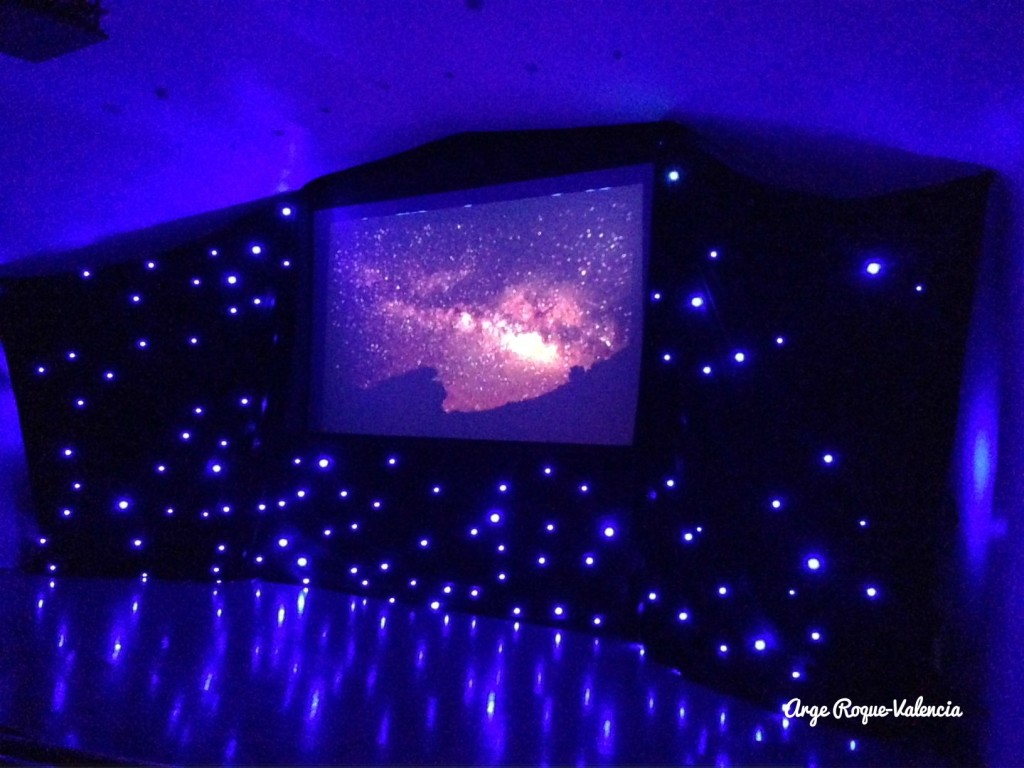 After the screening, Chico and Jude came in front to raffle off 10 units of Devant DVD players. I was blessed to have been the third recipient of that DVD player!

At the end of the event, guests were sent home with a box of yummy Villa Del Conte artisanal chocolates and a National Geographic canvas bag. I was not able to get a NatGeo bag because I got out of the line after receiving the chocolates.

Going to the Cosmos event that Friday was a wonderful time to end my week. I got to spend time with my family while working. I was also able to have met fellow mommy bloggers. Glaiza of Moomy Musings was so nice to share with me some blogging tips and she also led me to the ladies of Villa del Conte to try out their chocolates and have a chat with them. It was a part of me that I need to improve on. I tend to be shy around people during events. She also introduced me to Lanie of TweenselMom. They invited me to join Mommy Bloggers Philippines of which Lanie was the head.

Cheers to Nuffnang and NatGeo for a successful event!

Don’t forget to watch Cosmos this coming Wednesday, March 12 at 10PM which will be simulcast at the National Geographic and FOX channels.