Switching to Nutri10 Plus Syrup

This post was made in collaboration with Nutri10 Plus Syrup. All opinions stated were mine. 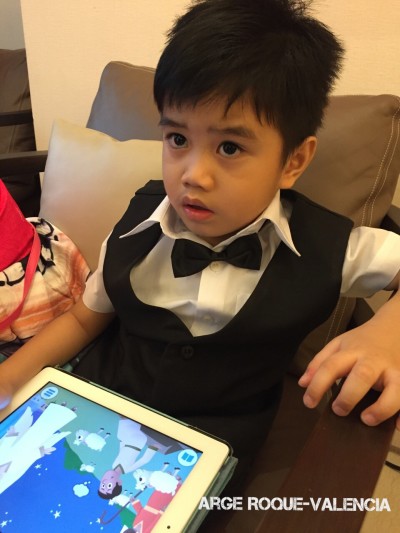 My husband once told me this about our son, “Di na siya baby. Bata na siya.” While I refuse to acknowledge that hard truth (how can my baby grow up so fast!), my husband is so right. At 3 years and 7 months, our little boy has become more physically active, has a ravenous appetite, and has become more enthusiastic in learning and trying out new things. In order to keep up with his changing needs, I must find a better food supplement that will replace his usual Vitamin C and Zinc syrup. When I learned about Nutri10 Plus Syrup, I checked out its nutritional information online. 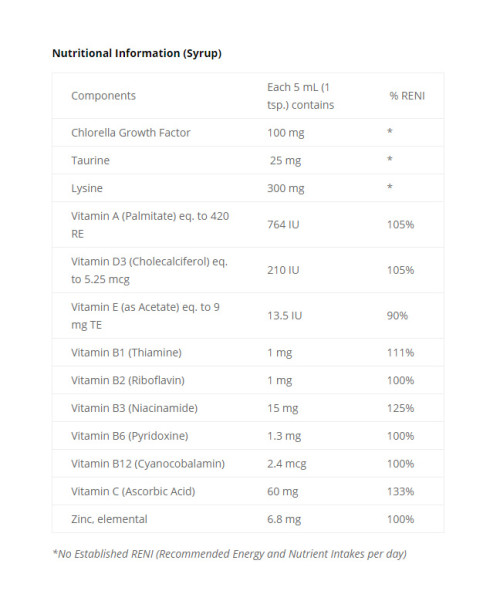 To know more about Taurine, Lysine, Chlorella and Zinc, which are the distinguishing components of Nutri10 Plus Syrup, I have looked them up at WebMD.

Having read all about the benefits of these components, in addition to Vitamins A, B1, B2, B3, B6, B12, C, D3 and E, I am more than sold in giving Nutri10 Plus syrup for my growing boy. 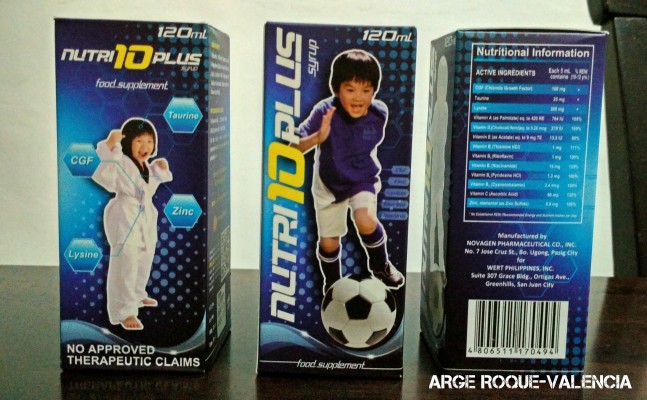 My husband and I have been using Babycenter.com as our trusted reference even before our son was born. It has a league of experts who write and review the articles that they publish in their website. I have checked on it to find out my son’s nutritional requirement for his age. I have found out that his daily diet must include the five major food groups, namely grains, fruits, vegetables, dairy and protein.

I am proud that my son eats a wide variety of foods. I’m so glad that my little boy ate brown rice the first time he tasted it and has been eating it ever since. But, there are still some foods that he refuses to eat, for example, a Caesar Salad, no matter how much I entice him to eat at least a spoonful of it. Given this circumstance, I need to find a way for him to meet the nutritional requirement for his age without forcing him to eat something that does not look appetizing to him. I do my best to make mealtimes enjoyable and avoid tears as much as possible. Giving Nutri10 Plus syrup definitely helped me in this aspect.

I started giving 2.5ml of Nutri10 Plus Syrup to my son on August 7. I was so glad that the syrup is ponkan-flavored making it appealing to my kid. Since then, I have noticed an increase in his appetite. He began asking for second and even third helpings during mealtimes. Snacks on cookies and cereals, sometimes sandwiches and burgers, have become more frequent.

I have also noticed an improvement in his stamina. He became a fast runner and would dash without panting. I seriously think that my son is ready to compete on a 3K! 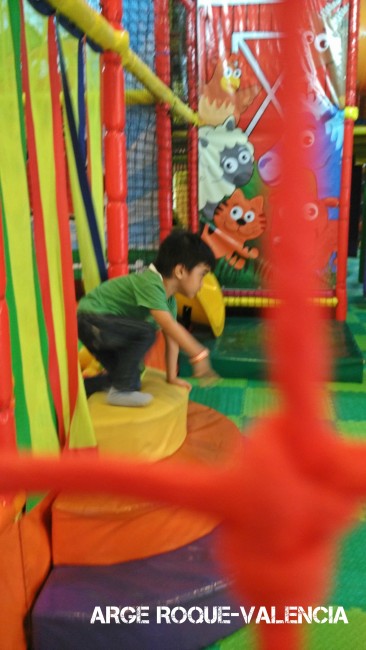 He is also now stronger in that whenever he wants to turn our dining area into a pretend train station, he would lift his box of milk (containing 2 400-gram pouches) and move it on top of our microwave, push heavy chairs and line them up, and pick up his loaded toy box and place them in one of the chairs. When I’m not looking, he would get on top of the chairs and dance. He has also turned the bottom part of our stair’s railing into some sort of monkey bars and he would climb countless of times and sometimes dangle with one hand. The things that little boys do! I really need to keep an eye on him. And because I can’t do that all the time, I told my son to be careful and watch his step whenever he climbs. It’s a good thing that he keeps that in mind.I cannot stop my boy from running, climbing, and doing all sorts of acrobatic stunts, as much as I want to, so I just tell him to be careful or let him do it somewhere safer.

Our boy is noticeably taller. A few days ago, my husband measured our preschooler’s height and discovered that it matches his growth timeline. Soon he will be able to enjoy more rides at the theme parks!

I’m glad that I got to know about Nutri10 Plus syrup and that my child was blessed to have tried them. From what I have observed, it’s definitely good for him and at the same time, he enjoys having a dose each day. Nutri10 Plus syrup has made my son “aktibo’t malakas“!