Hooray for my first unboxing post! I will strive to do more of these and file them under the Unboxed category. I plan to cover gadgets, toys, and other stuff.

For my first Unboxed post, I present to you the MyPhone my28S Android Smartphone Kit! You may have already heard about this from the commercials. If you haven’t, know more about it here.

We got our own MyPhone my28S a couple of days ago. My husband got one in my favorite color, blue. This dual SIM smartphone is also available in black, yellow, red and white. It comes with SMART prepaid and Talk ‘N Text SIM cards. Check out the photo below to know what’s inside the box. 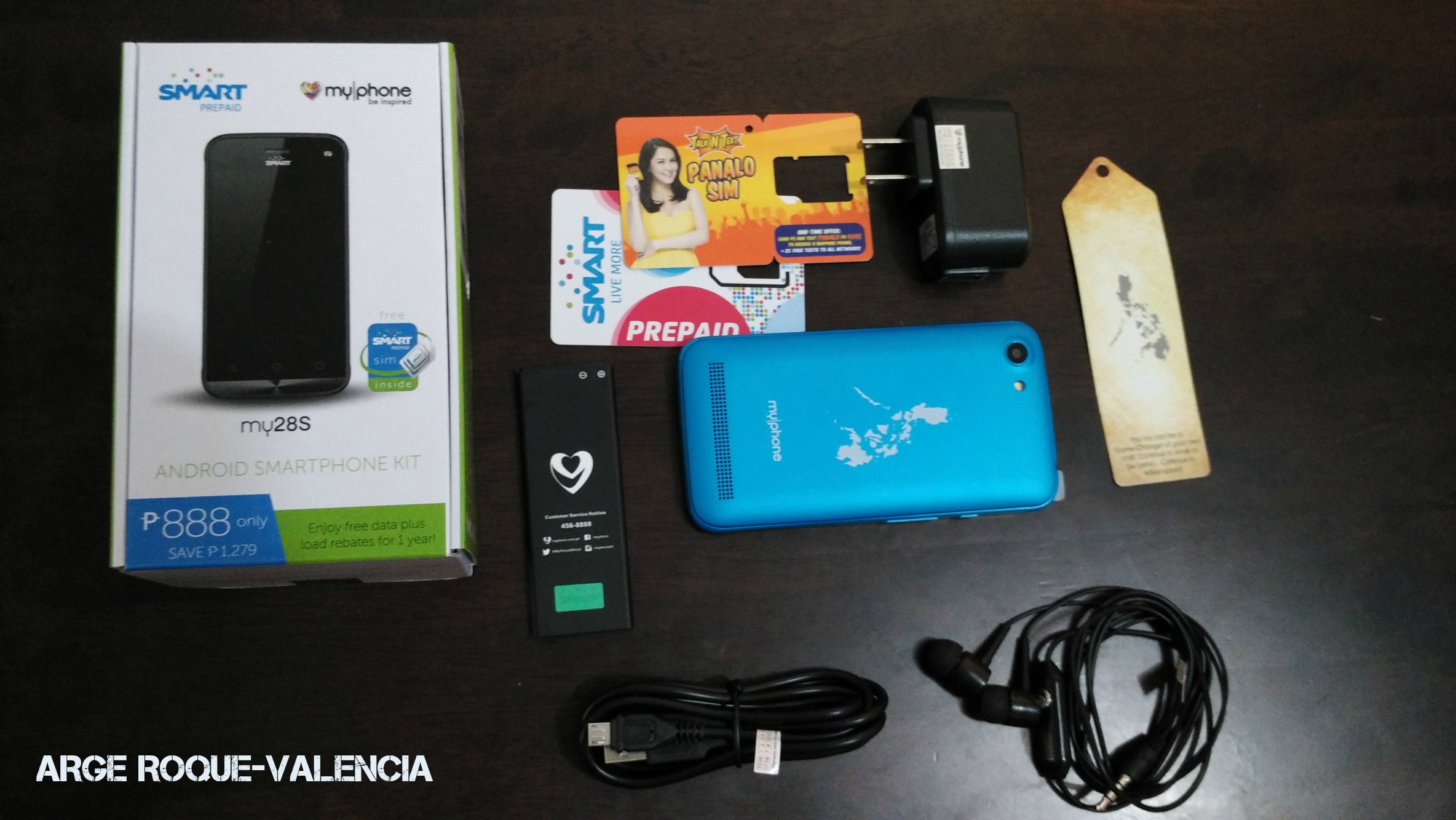 Get a glimpse of the phone features on the side of the box. Not bad for a smartphone that costs Php888, right? 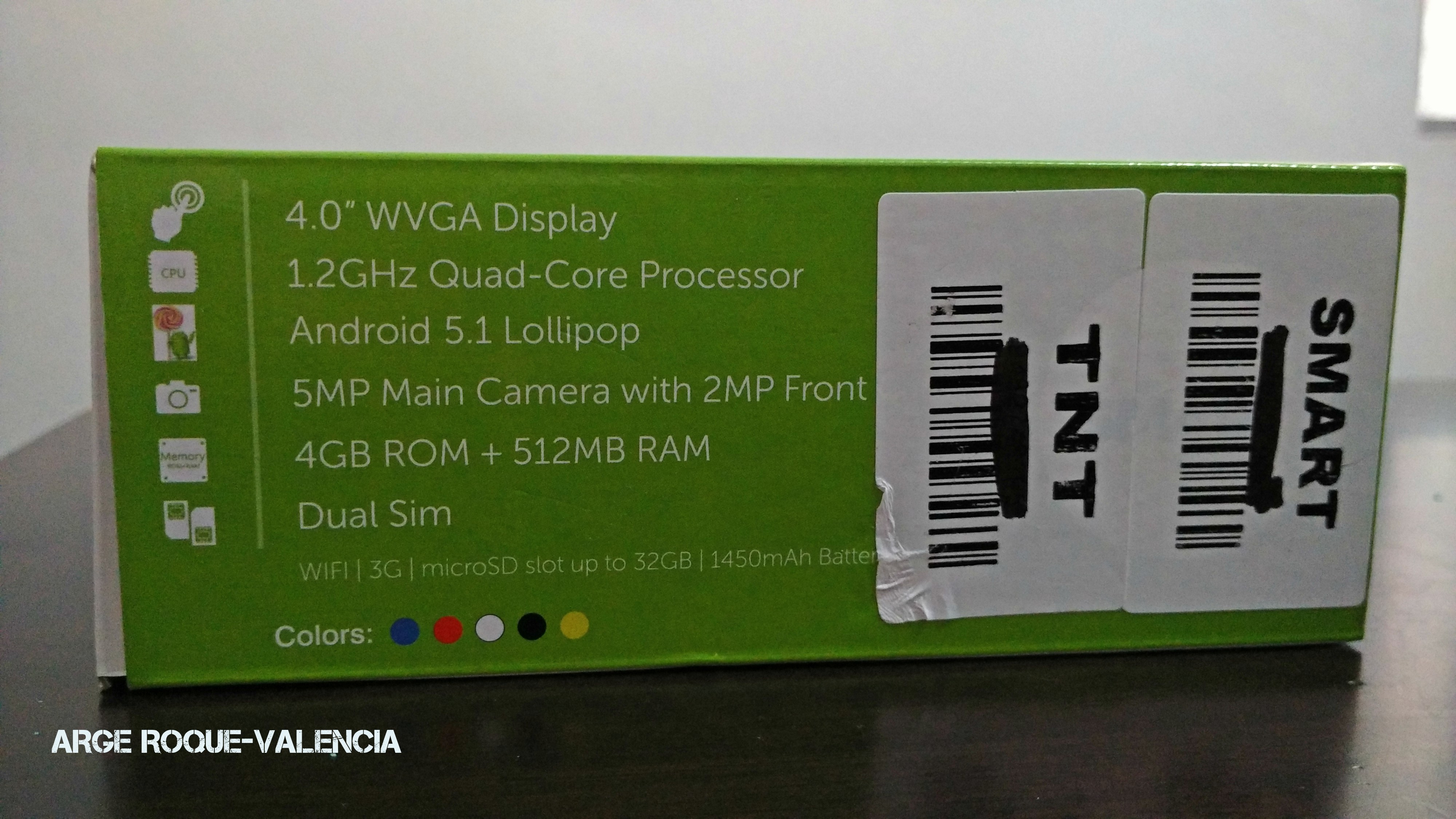 The phone comes with a slim and light battery pack, which was not loaded on the my28S upon purchase. I had a hard time opening the back cover of the phone. When I was finally able to open it, the SIM cards were already inserted in the card slots. 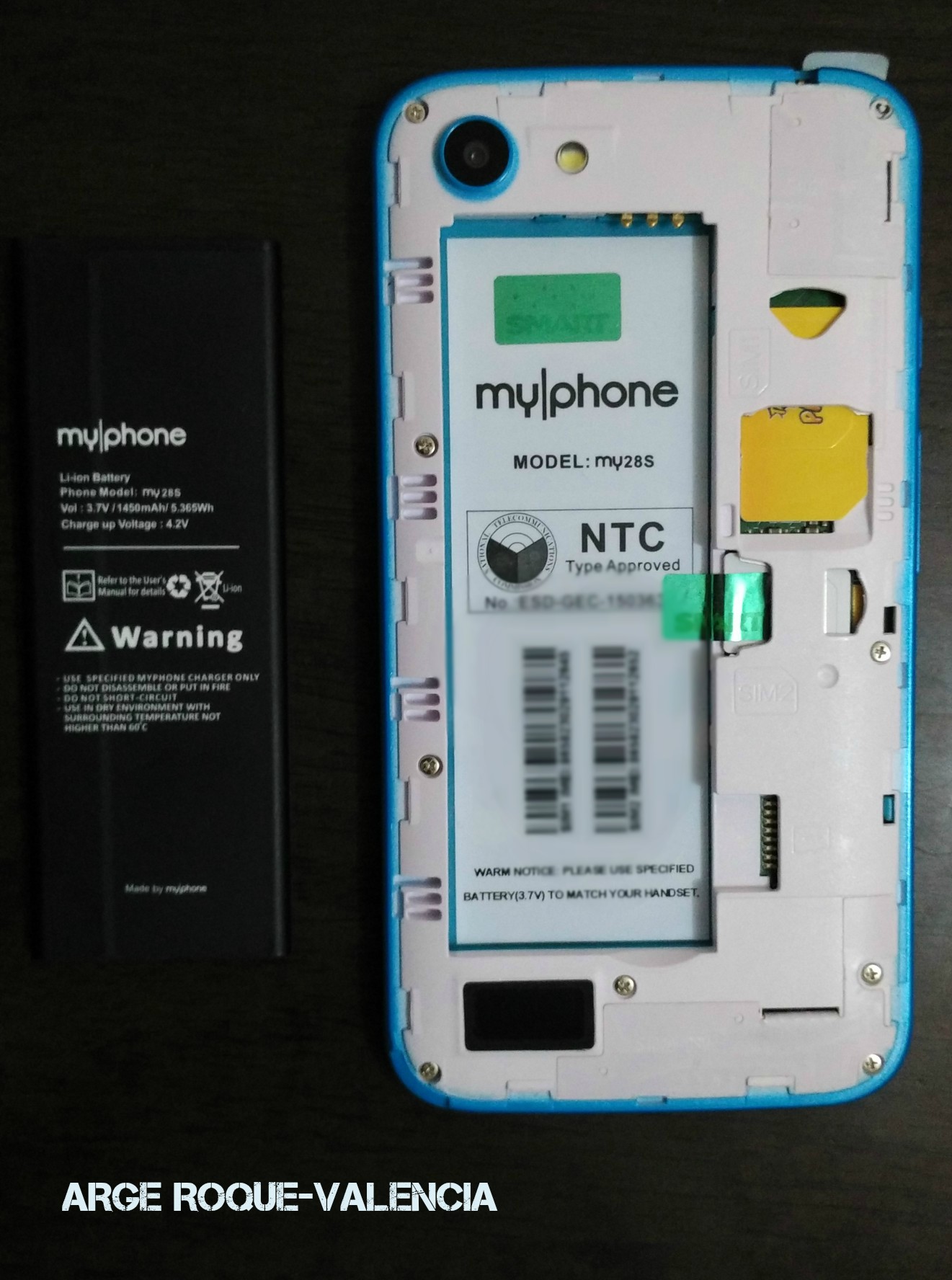 The curvy my28S looks chunky when laid on a surface, but it’s not. 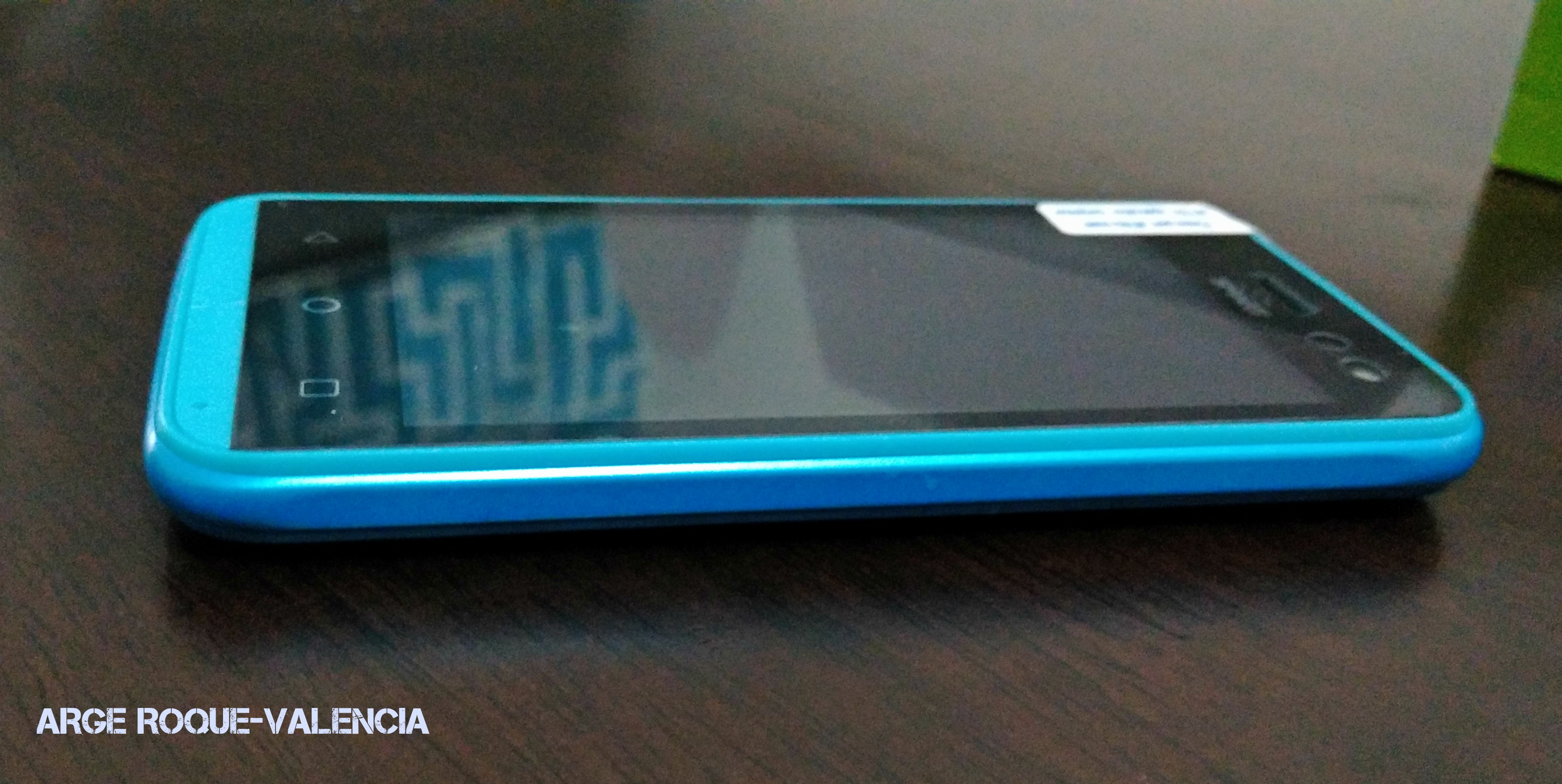 See? Not bulky at all! You could easily fit it into your pocket and will not take too much space on your purse. 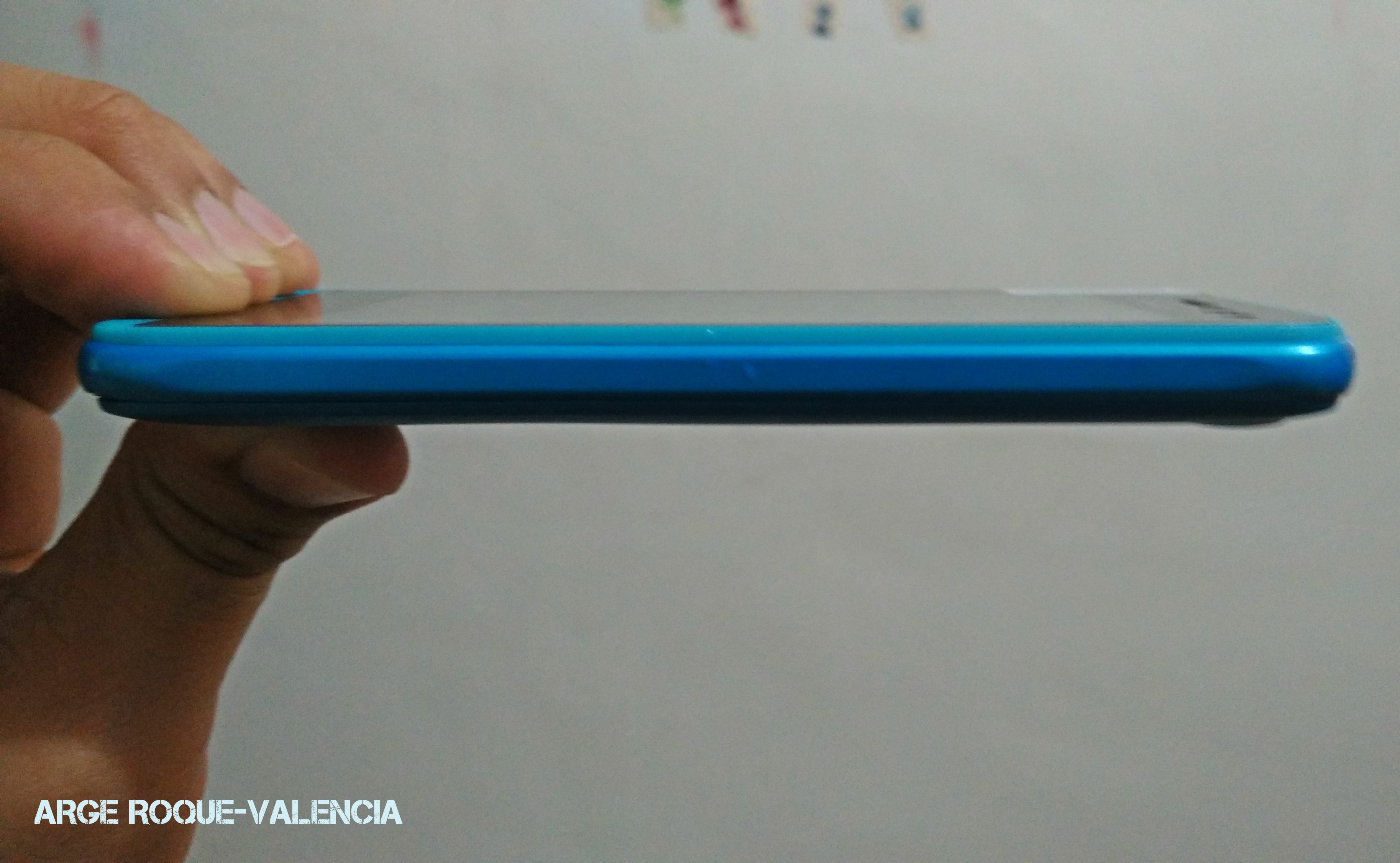 Below are the transitions of what the screen looked like when we turned it on. This smartphone is pre-loaded with Android-based apps including iflix and Spinnr. 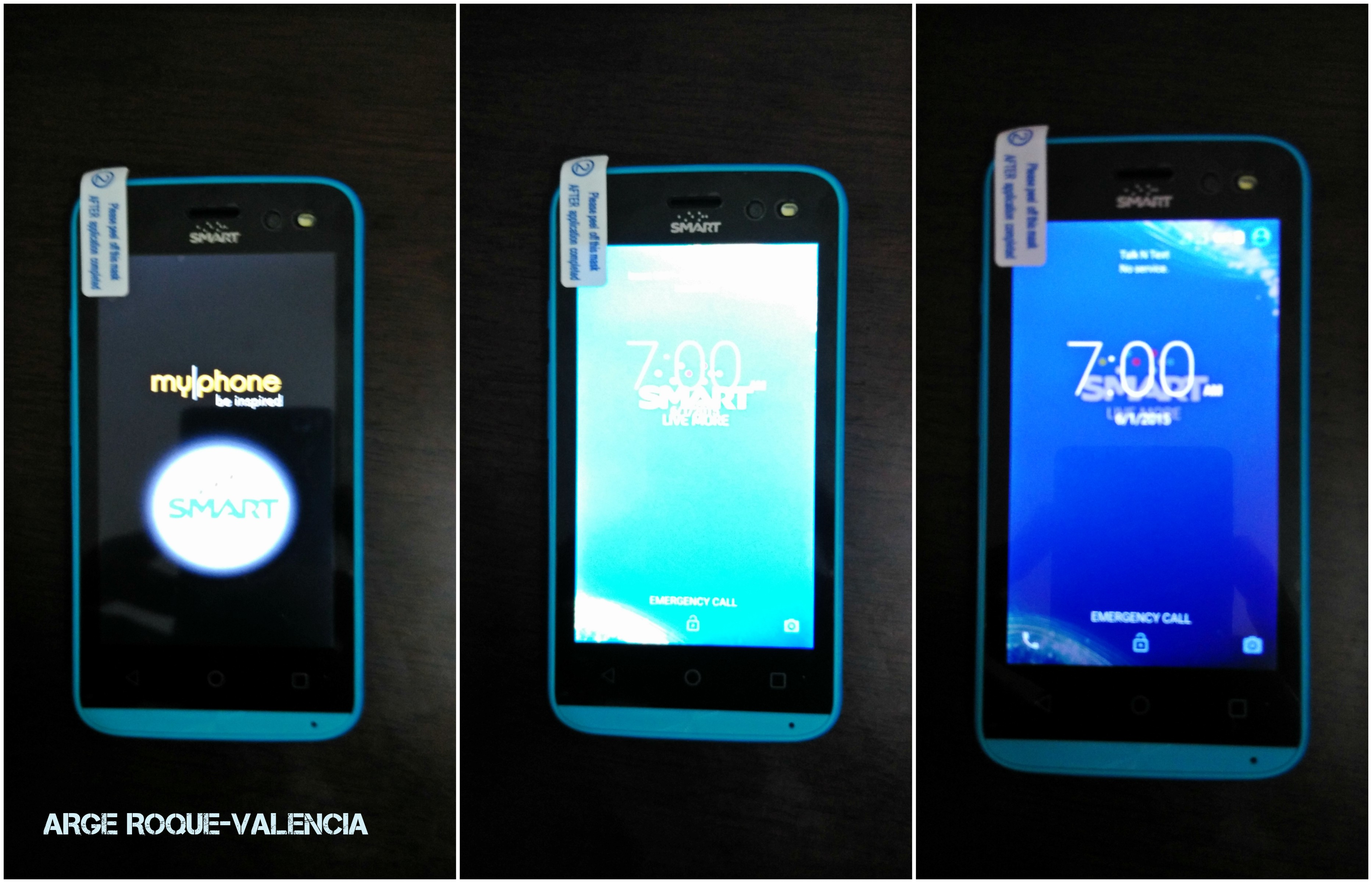 The unit that we got was working fine at the onset but after a few minutes, the screen got a bit scratchy and blurry. We tried switching it off and on again but it looked the same. We brought it to the nearest Smart Wireless Center – my husband was told upon purchase that he can have it replaced at any branch. It’s too bad that no blue my28S was available at the branch so we have to wait until the store restocks. They do not allow replacements of a different color. We have yet to get an advice from the store as to when we can get the new unit. We hope to have it soon.

Overall, the MyPhone my28S is a great smartphone for less than Php1,000. It has a provision for two SIM cards, though the phone is locked to SMART and TNT. It is Android-based which makes it very easy to use. It has a decent form factor and large screen which makes reading and texting very convenient. Also, having a 5MP rear and 2MP front camera will allow you to take clear photos. Go check it out now at a Smart Wireless Center near you!

UPDATE: I was able to get a replacement for the defective unit. The store gave me a black MyPhone my28, the earlier but better version of this smartphone, instead of a blue my28S. I got a bit upset because of their inconsistent policy on replacements. A staff from that branch told my husband previously that they can only release a replacement of the exact unit. We were not given a lead time as to when it will be available. After four days, I decided to walk in the store and follow up. Another staff told me that they can replace our defective  blue my28S with a black my28 on that day. This was already in stock when my husband requested for a new unit four days ago! They could have given it to him on that day but they didn’t. Anyway, I took home the black my28 phone and thankfully, it worked fine. Though, we notice something odd; the phone’s memory or one of the SIM cards had contact numbers from people we don’t know. Weird! My husband just deleted those numbers and reset the phone.