Watch Your Favorite Disney Stars LIVE in Disney on Ice

We have waited for so long to have the chance to watch the amazing Disney on Ice! A big thanks to GOD for sending us a blessing – my family and I will soon witness the magical performance of our favorite Disney characters at Big Dome 🙂

This will be the perfect gift for your family, especially for the kids. Here’s what you need to know about the upcoming show.

The touring show that enchanted audiences from across the globe is back with yet again another exciting run of Disney On Ice at the Big Dome.

Starting December 25 until January 3, Disney On Ice presents Magical Ice Festival will feature magical moments from across the kingdom with a superstar lineup of Disney royalty. 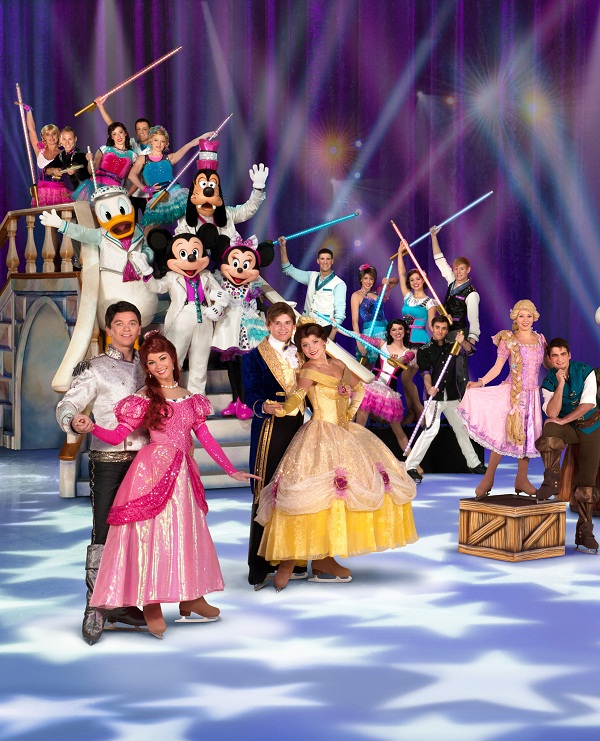 See your favorite Disney characters from The Little Mermaid, Tangled, Beauty and the Beast, and for the first time ever – the Academy Award® winning and number one animated film of all time Frozen.

“This year’s Disney On Ice is truly magical with Disney properties that are packed with heart and personality. We have princesses that are exuberant and strong-willed, but we’ve also expanded the roles of spirited supporting characters, so that they’re more prominent in the show,” says Producer Nicole Feld.

“We are taking a fresh new spin on how we’re presenting the Disney stories. We are weaving together the four worlds of royal sisters Anna and Elsa, Ariel, Belle and Rapunzel as they each embark on their own epic journey,” says Producer Juliette Feld.

Sing and dance to popular Disney tunes with interactive and playful segments for kids to be led by Disney superstars Mickey and Minnie. 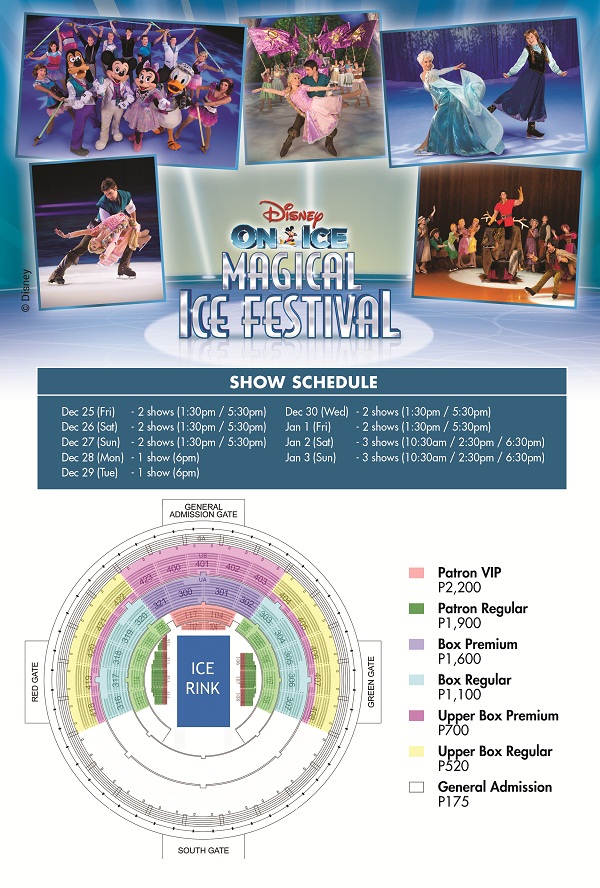 Also join Anna as she fearlessly sets off on an epic journey, together with Kristoff and reindeer Sven, to find her sister Elsa, whose icy powers have trapped the kingdom of Arendelle in perpetual winter.

In Beauty and the Beast’s “Be Our Guest,” the theatrical elements of the glitzy napkins and silverware costumes will astound audiences. “The costumes are designed to emphasize the overwhelming amount of table décor that appears in the movie. The napkins unfold to increase their size and the forks tower over the heads of the performers. This is a big moment for Belle; the costumes need to reflect that,” says Costume Designer Cynthia Nordstrom.

“The colors really pull you into the different worlds of the princesses, but it’s how the lights are arranged that command your attention when the characters are performing their acts. For example, when the Daughters of Triton are introduced, the lighting individually highlights each of them. Your eyes follow the spotlights,” says Lighting Designer Sam Doty.

Produced by Feld Entertainment, Disney On Ice presents Magical Ice Festival features an astounding display of creativity and talent, with spellbinding Disney stories we have all come to enjoy and love! Buy your tickets early and visit TicketNet website or call 911-5555 for more details.