We have finished watching The Strongest Deliveryman (2017) on Netflix and I find the characters very relatable. Maybe it’s because I’m Asian and I have experienced some of the challenges that they went through. Whatever your race may be, read on and you will definitely find yourself nodding in agreement. 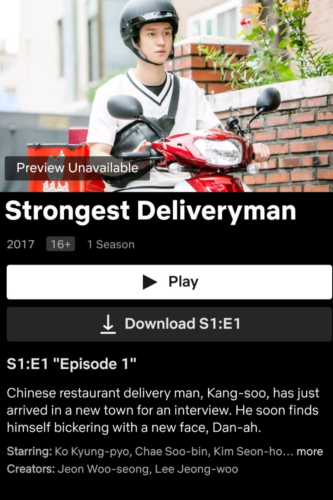 Watch this series on your mobile or laptop to get that “Netflix and chill” vibe.

The eldest child becomes The Fixer of everything, especially when money is involved.
Lee Dan-ah played by Chae Soo-bin, was forced by her family’s financial circumstance to forego college, and work hard to pay off their huge debt. Since then, she became an ATM of her family, having had to literally pay for the consequences of their poor life choices. One day, while Dan-ah was hard at work in one of her jobs, her mother called to ask her for money for her brother. When she declined, her mom threatened that she would sell her organs to get cash in return. Of course, it was just an empty threat. Dan-ah knew her mother well and refused to give in. Even when her brother came to see her and ask for money, she told him that he was old enough to work and earn money for his own needs. Dan-ah has had enough of her family’s financial irresponsibility and she wanted to once and for all, put herself first and focus on achieving her own dreams.

Overwhelming support of friends during tough times.
Choi Kang-soo played by Go Kyung-pyo, has been a deliveryman all over Seoul, working only for two months at a time in a restaurant in each town. With Kang-soo’s friendliness, calm and happy demeanor, always helping out no matter what it takes, he was able to forge friendships with 300 other deliverymen. He has become the prime mover of their brotherhood. His kindness was also extended to the other people who he had met throughout his gig at each town, which include an accountant, a banker, and an app developer. When Kang-soo was in dire need, his deliverymen brothers and the professionals whom he had helped out before, came through for him and pitched in, in whatever way they can. 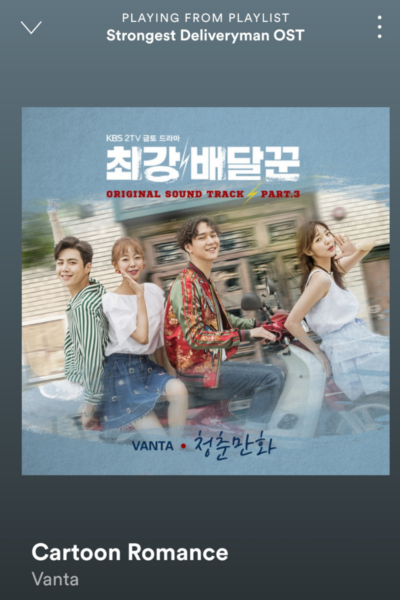 Working harder than ever to achieve a goal.
Dan-ah is working as a deliverywoman full-time and a cleaning lady part-time to save money, emigrate from Korea, and start anew. Kang-soo has been moving from town to town to look for his estranged mother. At the same time, he is saving up for a business of his own with the goal of giving a better livelihood for his deliverymen-brothers. Lee Ji-yoon played by Ko Won-hee, walked away from her very comfortable life to live independently and be in charge of her own destiny. Oh Jin-kyu played by Kim Seon-ho, defying all odds thrown his way, strived to get back on his feet, not once, but twice! Despite the discomfort of having to start from the bottom of the wokforce, Jin-kyu let go of his pride and persevered. Like Ji-yoon, he too declined his parents’ offer to go back to living the life of a conglomerate’s child.

Power through life with resilience and tenacity
Dan-ah and Kang-soo, as well as Ji-yoon and Jin-kyu have powered through every obstacle that they came across with their resilience and tenacity. This is especially true for Dan-ah and Kang-soo since they have been fighting challenges earlier on in life and were forced to grow up and step up for their families. Ji-yoon and Jin-kyu, on the other hand, were both born with a silver spoon, and have lived a sheltered life up until their adulthood. These two rich kids, however, were brave and humble enough to step away from their privileged life and use whatever skills and knowledge they have to carve their own path. Nevertheless, all these four characters were very determined to be successful even if they hit rock bottom.

The way the characters of Dan-ah, Kang-soo, Ji-yoon, and Jin-kyu have evolved from the first episode up to the last is very inspiring. The Strongest Deliveryman would be worth your time. Watch and find out the story behind its title 😉

Hello there! Thank you for visiting Heaps of Grace. This website serves as a creative space for a Christian mom of two, who is also a homeschooler, writer, and web marketing professional.

Here you will read about their journey in homeschooling, her hits and misses in being a plant mom, the joy she finds in baking, her newfound love for sewing, and most of all, her amazement at how GOD sustains her with His blessings, grace and mercies in her every day life.